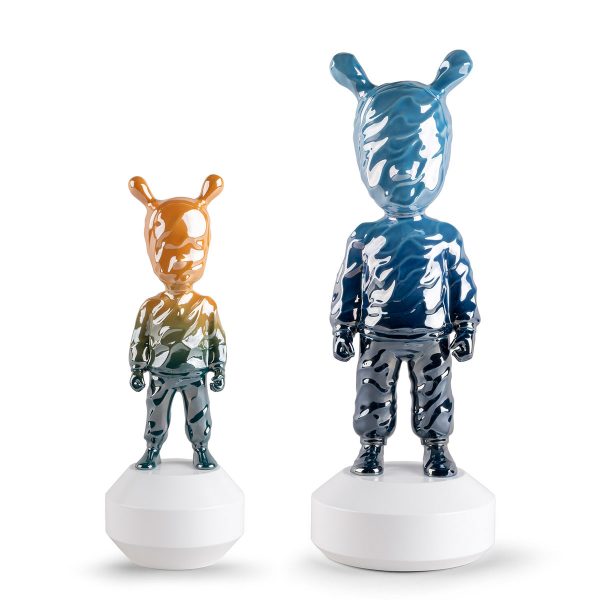 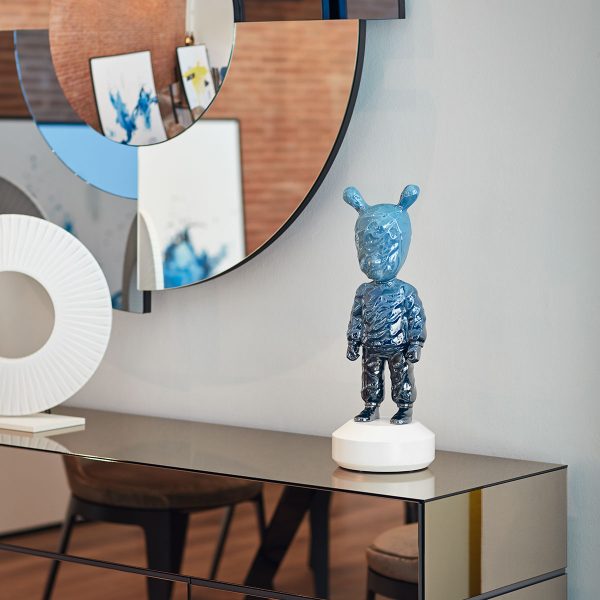 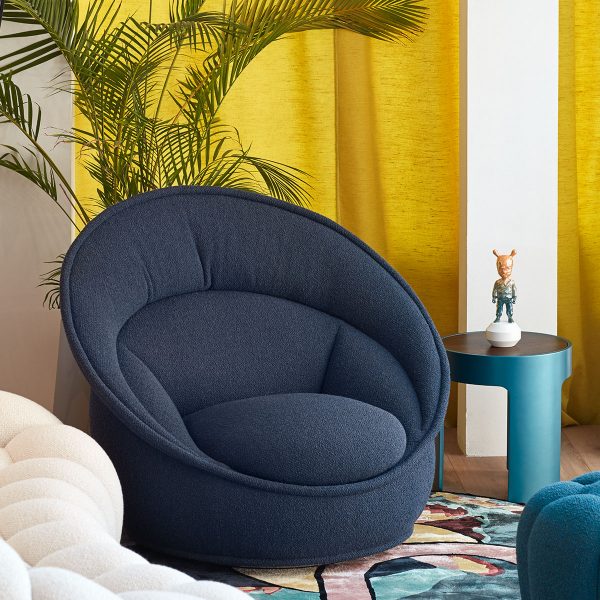 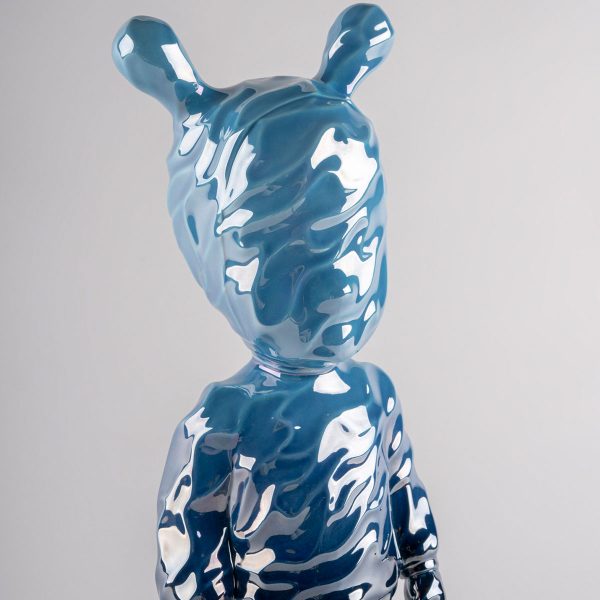 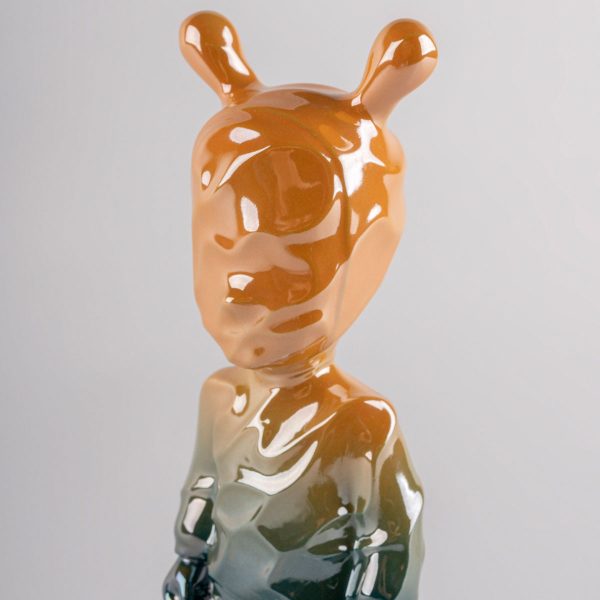 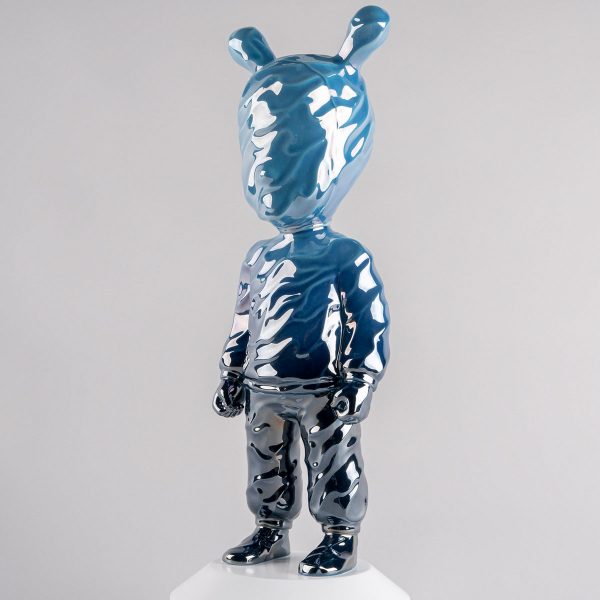 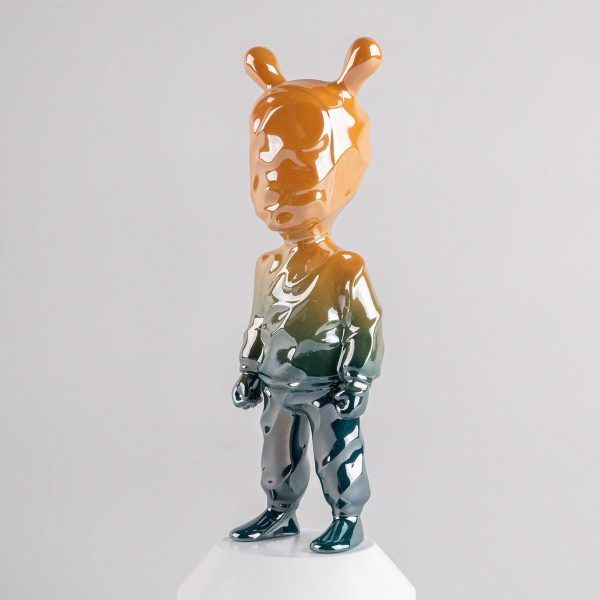 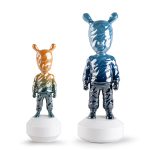 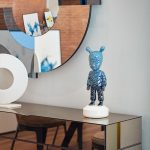 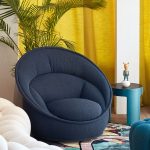 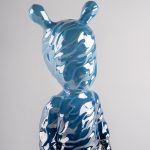 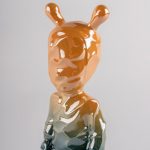 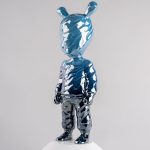 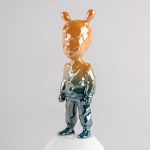 Guillaume Grando aka Supakitch is the artist behind the two new versions of The Guest. Supakitch started out as a graffiti artist in the nineties and, since then, the fluidity called for by graffiti has been instrumental in shaping the sinuous brushstroke of his work.

His creative projects focus on gesture, movement, liquid material, color and the reflections of light. Elements masterfully rendered in the new versions of The Guest he has created for Lladró.

Supakitch champions a simple style in which elements are combined to trap the beholder and transmit a feeling of almost being submerged in his works.

This New York based artist, who also creates works together with his wife Koralie besides his own individual practice, is already a force to be reckoned within the art world.

Porcelain and, particularly, the use of faded pearly lusters have proven ideal for reproducing this same watery effect in which the reflection of light conveys a sense of movement and depth. The end result is reinforced by the volume of the waves covering the surface of the pieces. 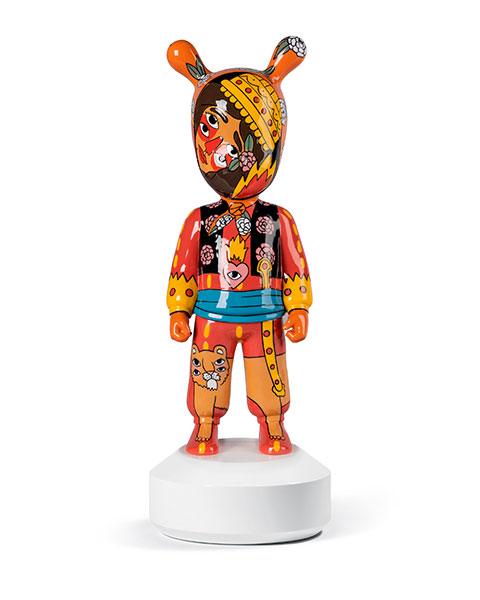 The Guest by Ricardo Cavolo (Big) 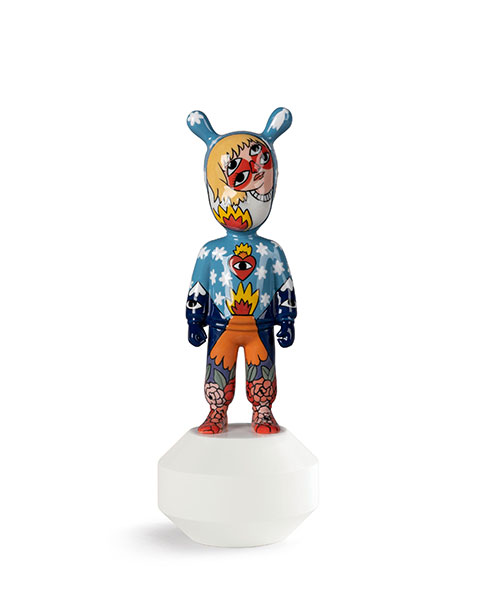 The Guest by Ricardo Cavolo (Small) 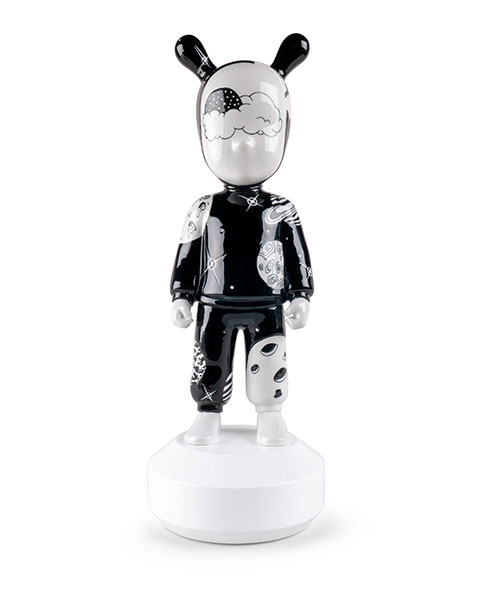 The Guest by Hem Kim (Big) 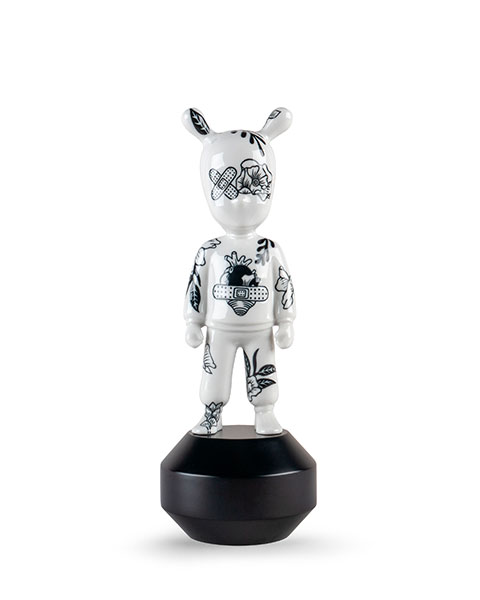 The Guest by Hem Kim (Small) 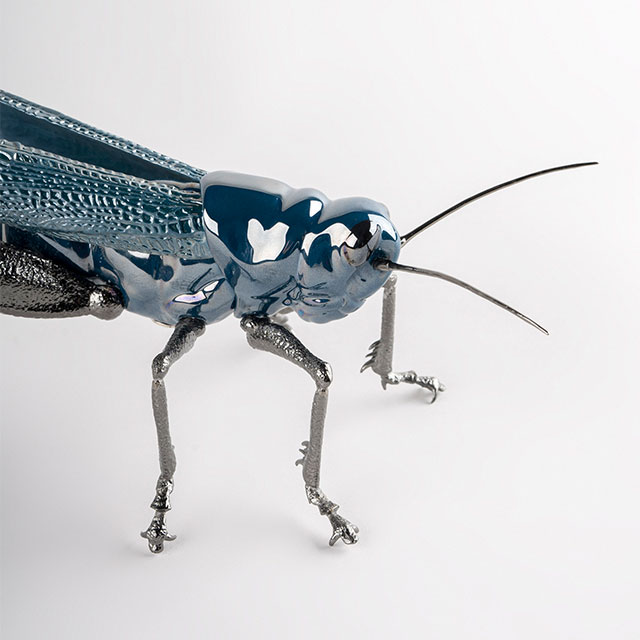 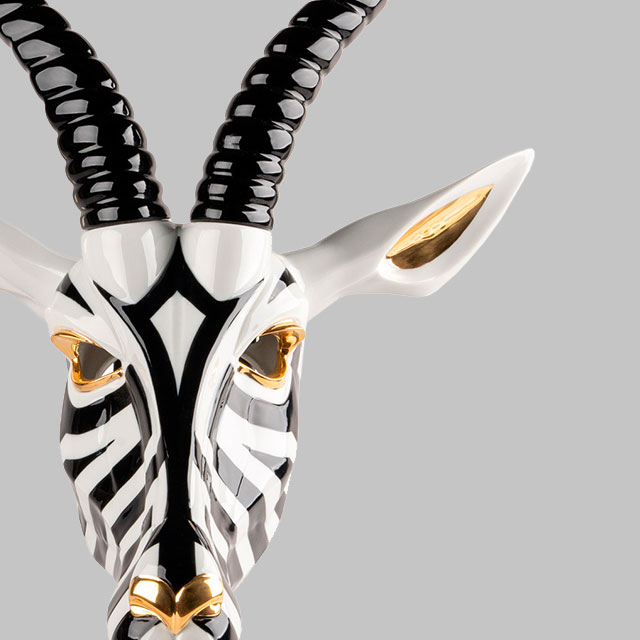 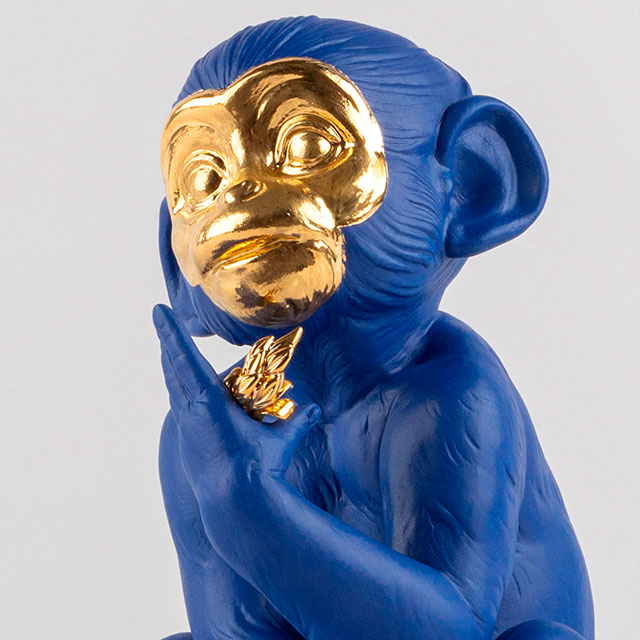 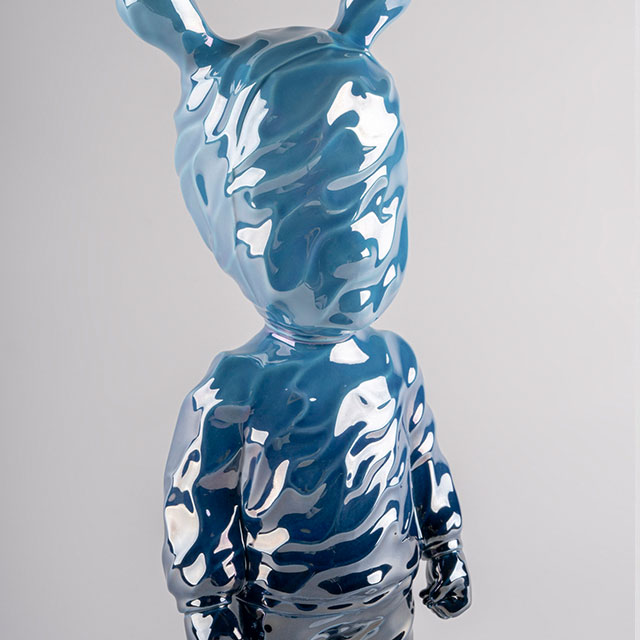 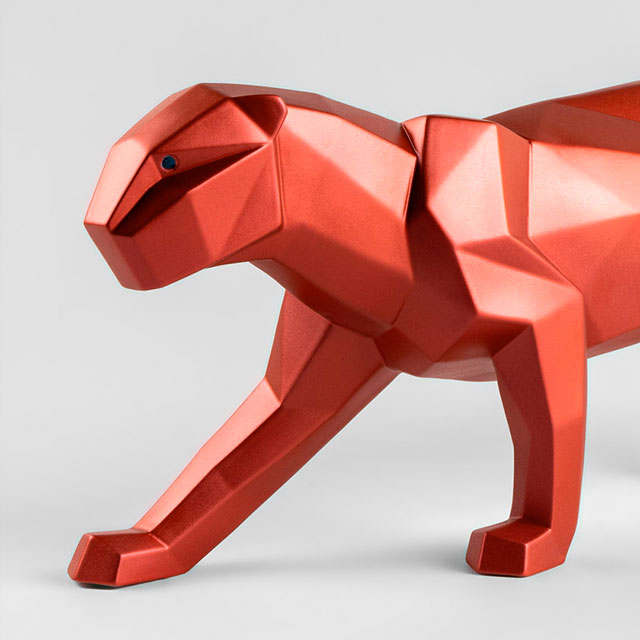 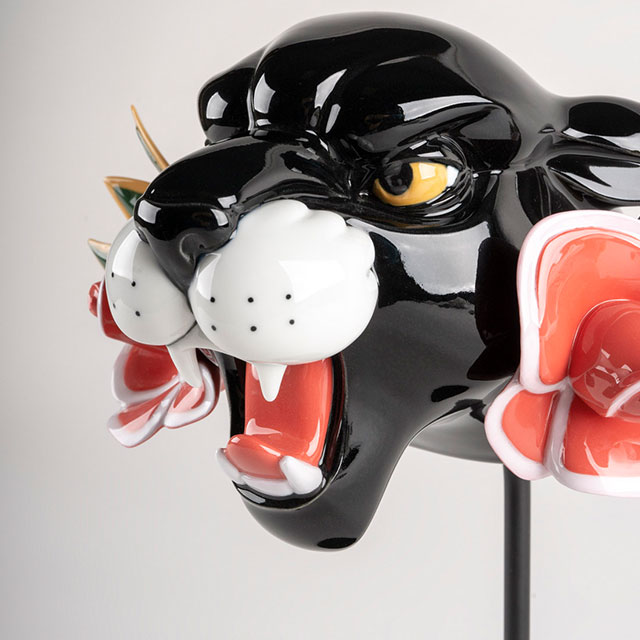 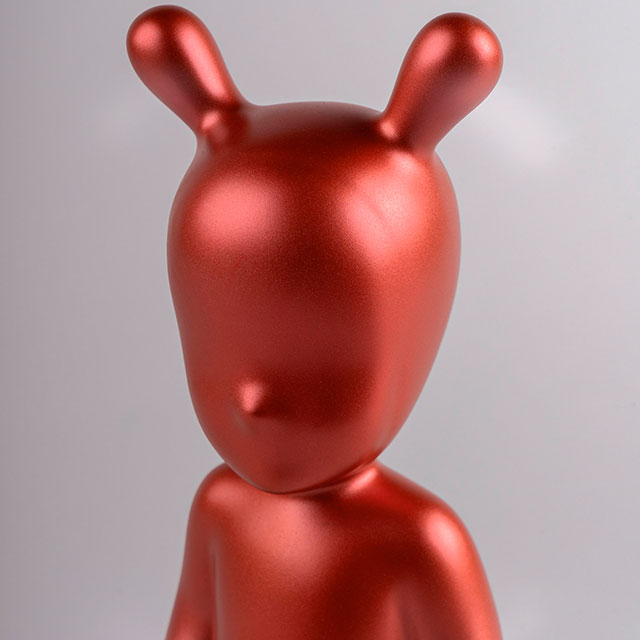 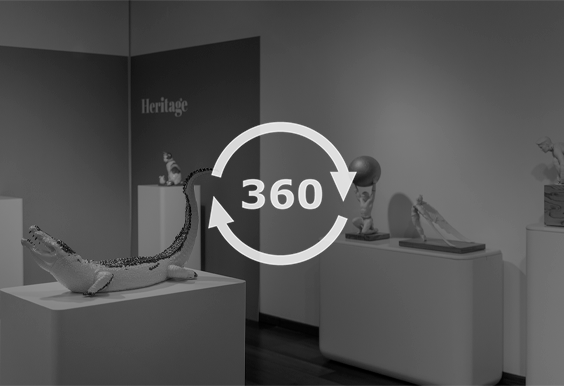