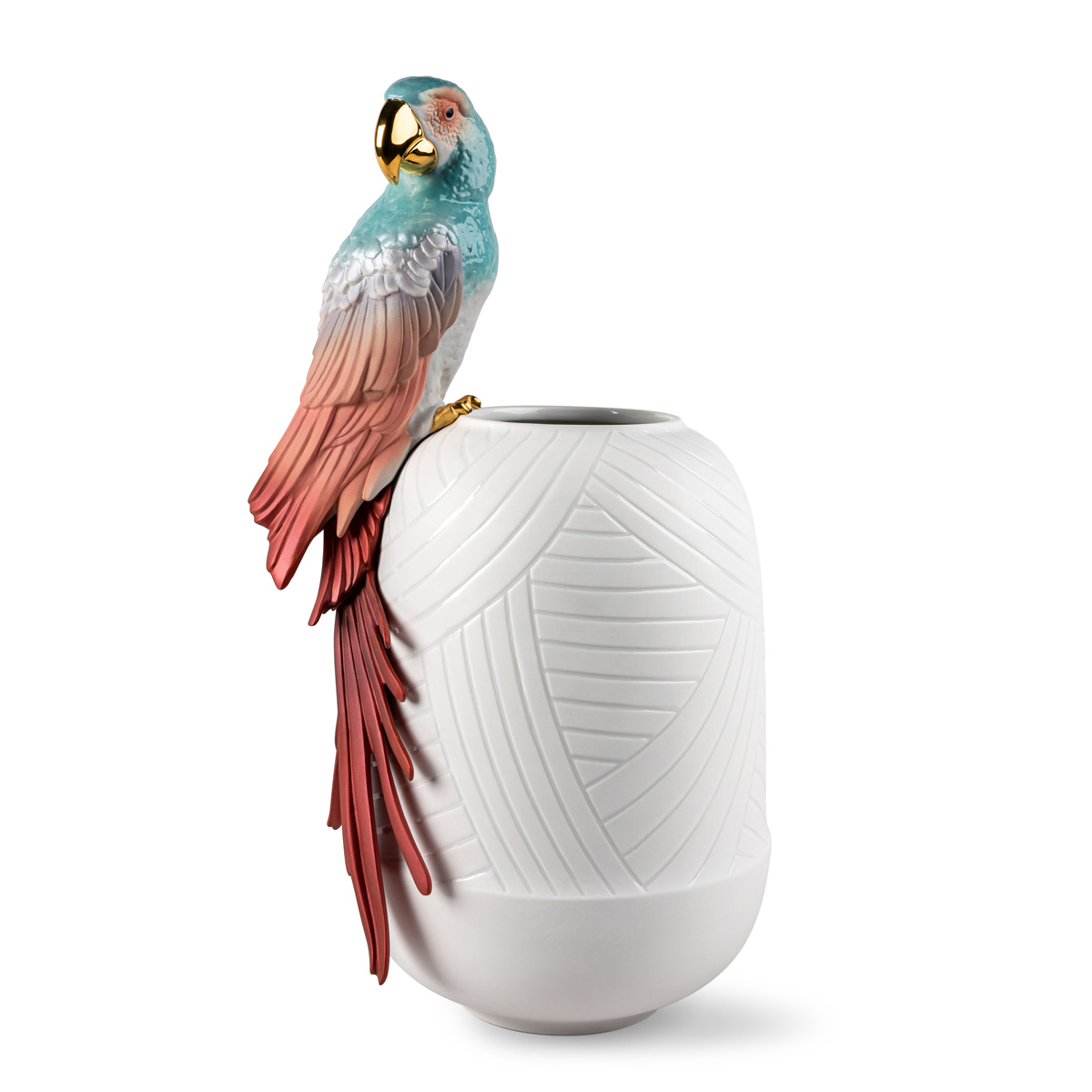 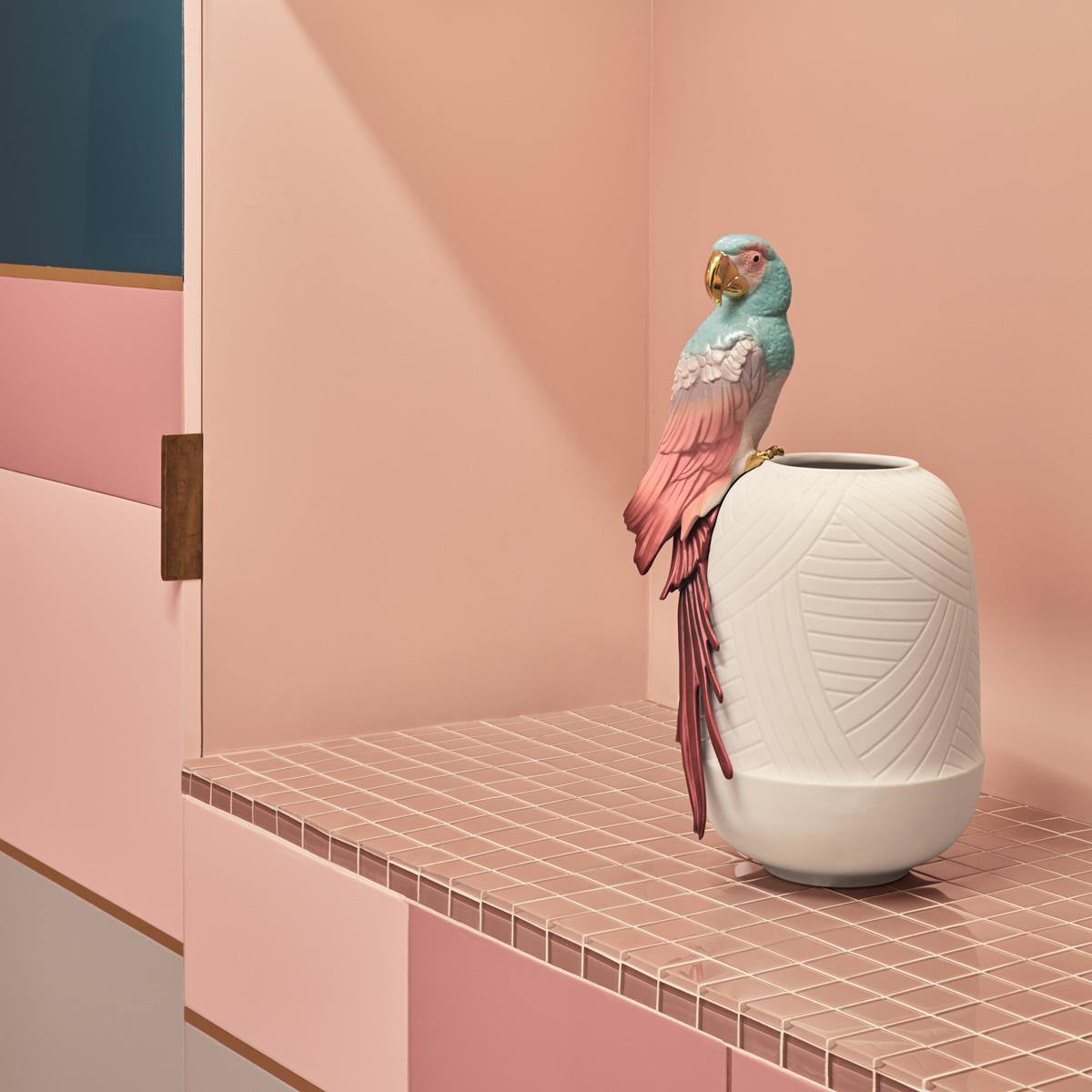 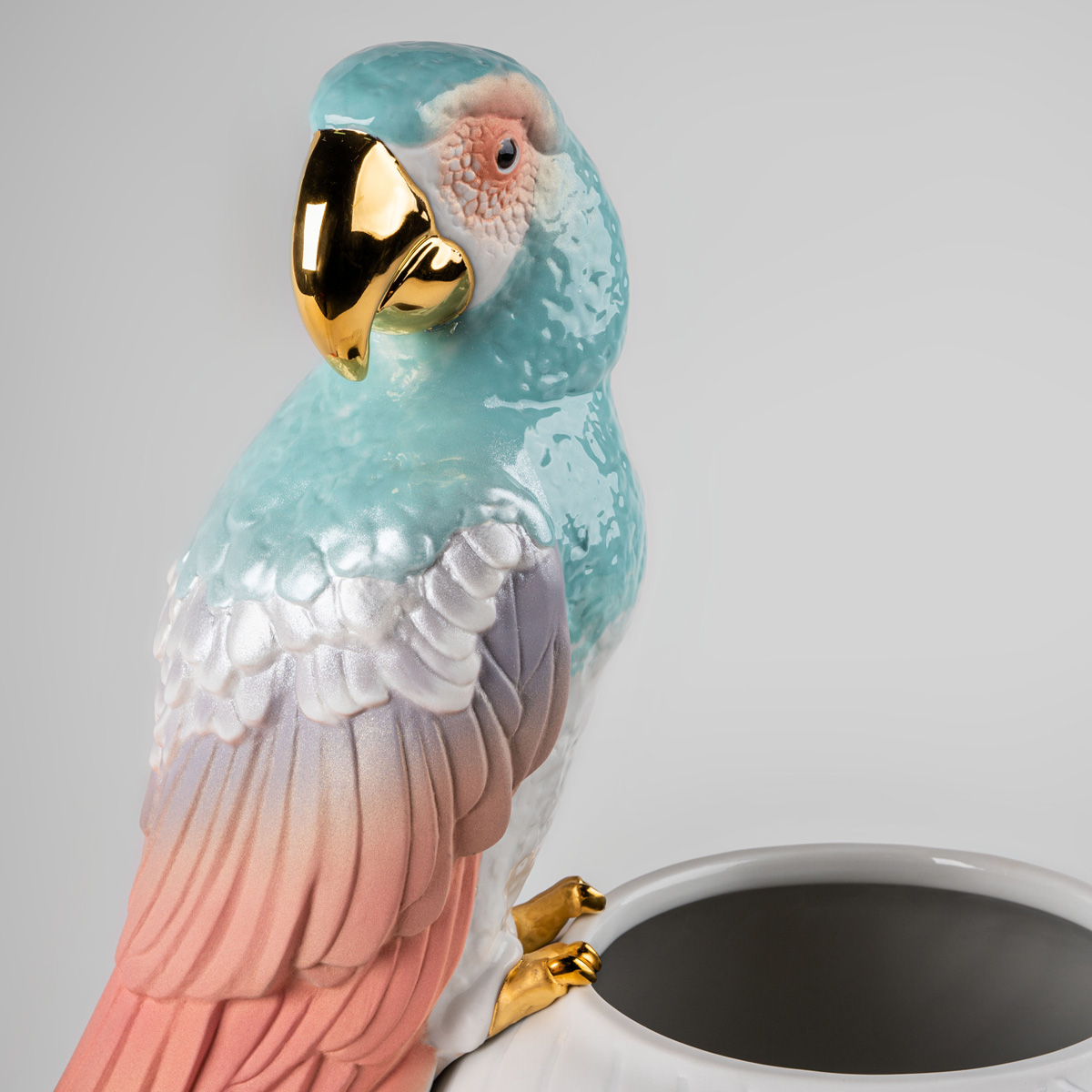 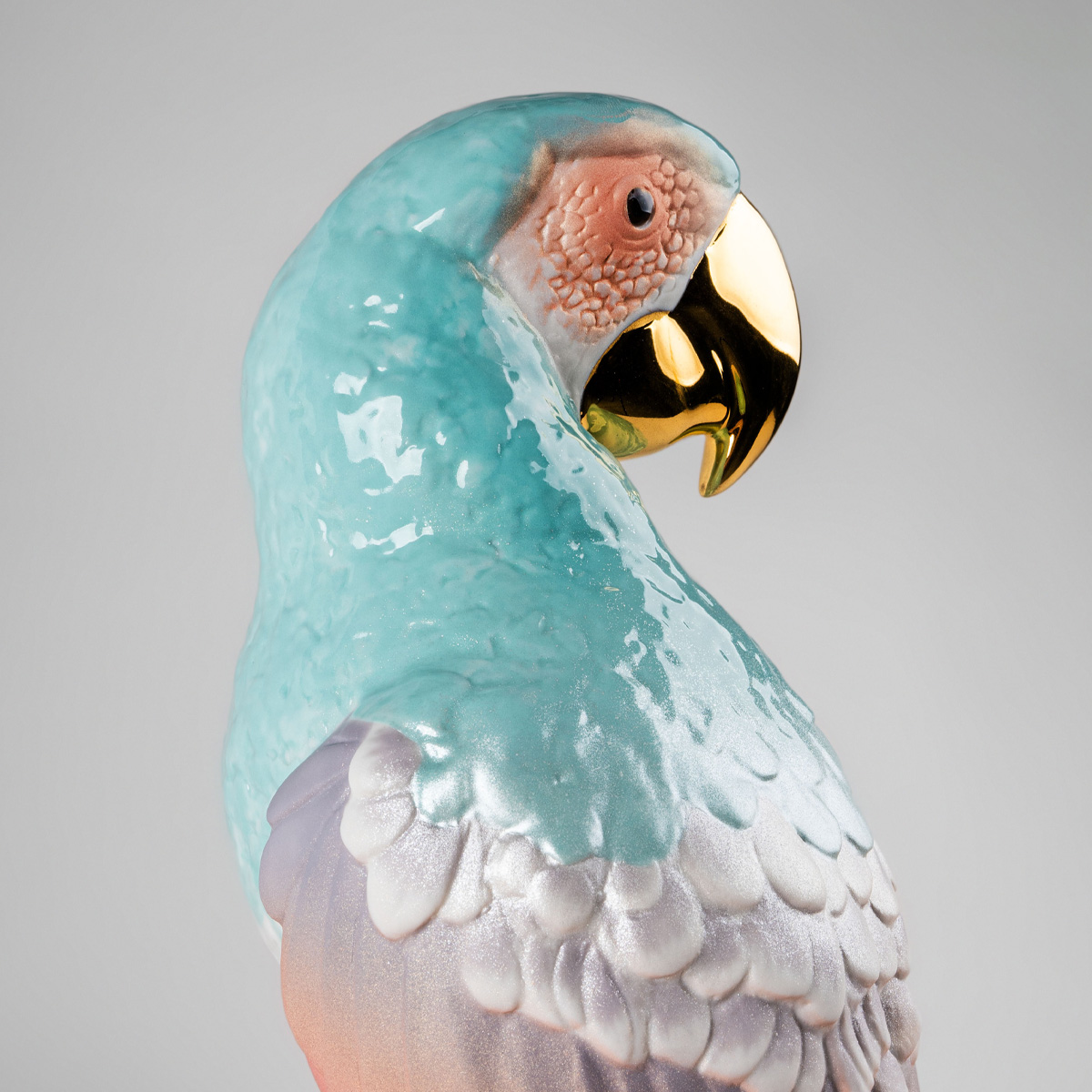 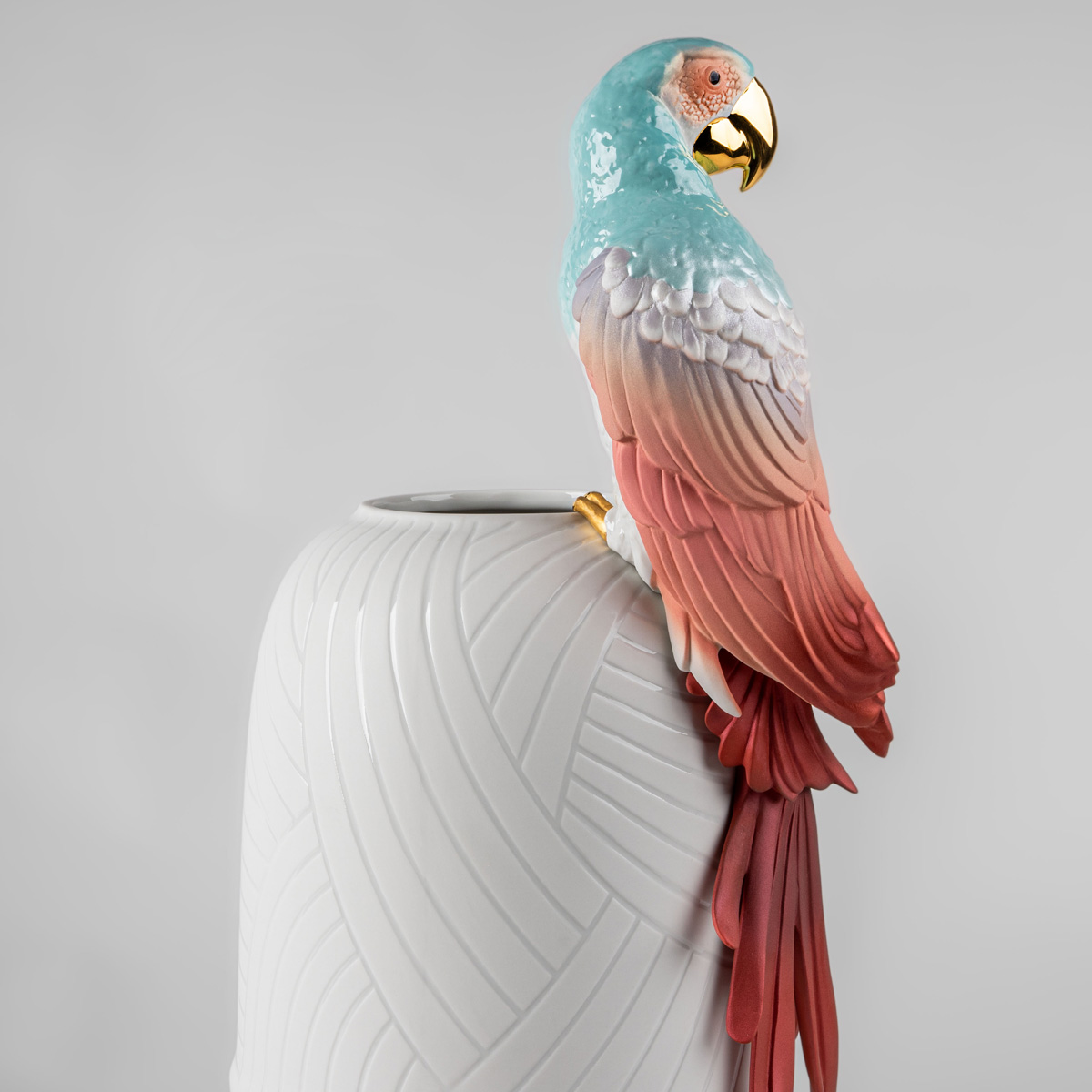 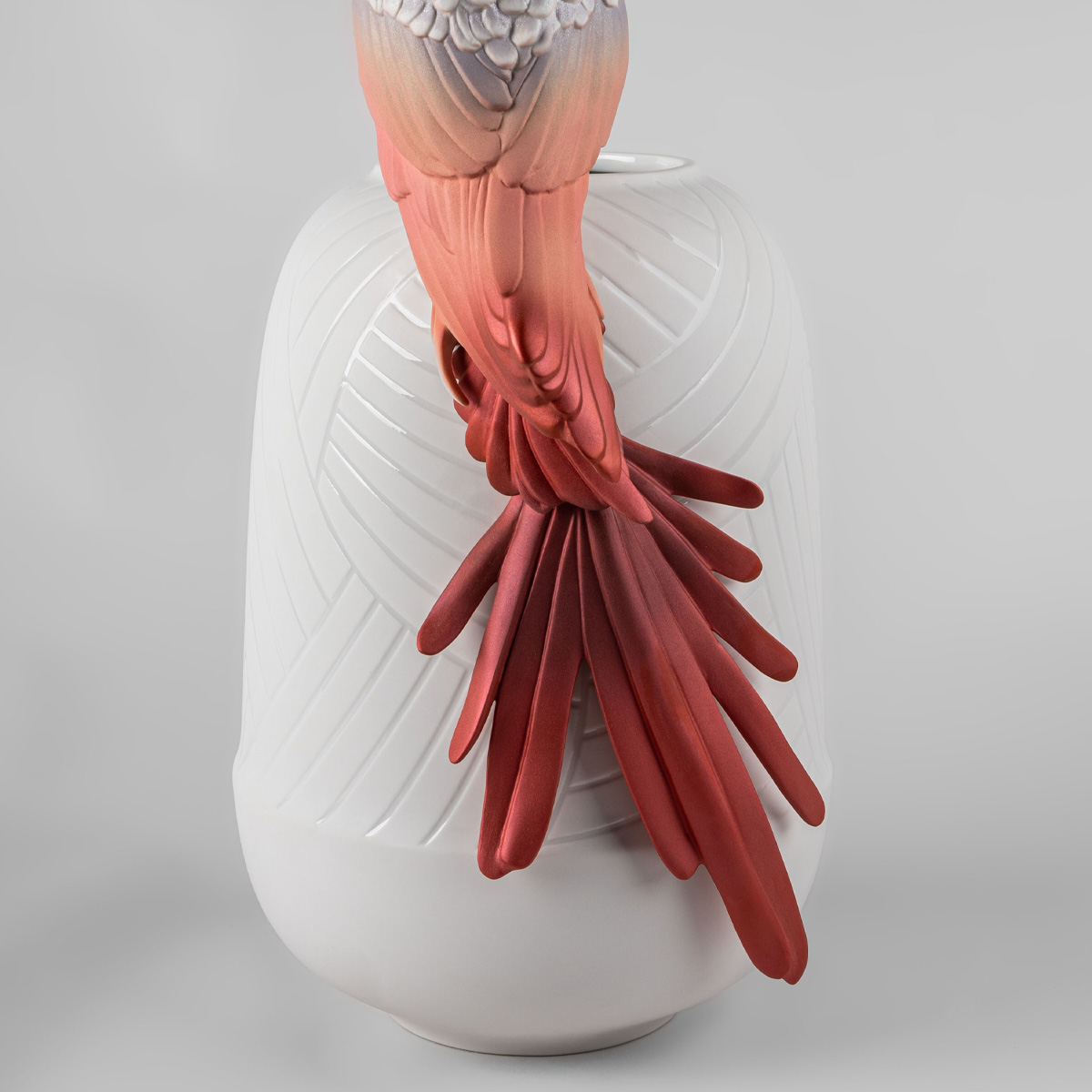 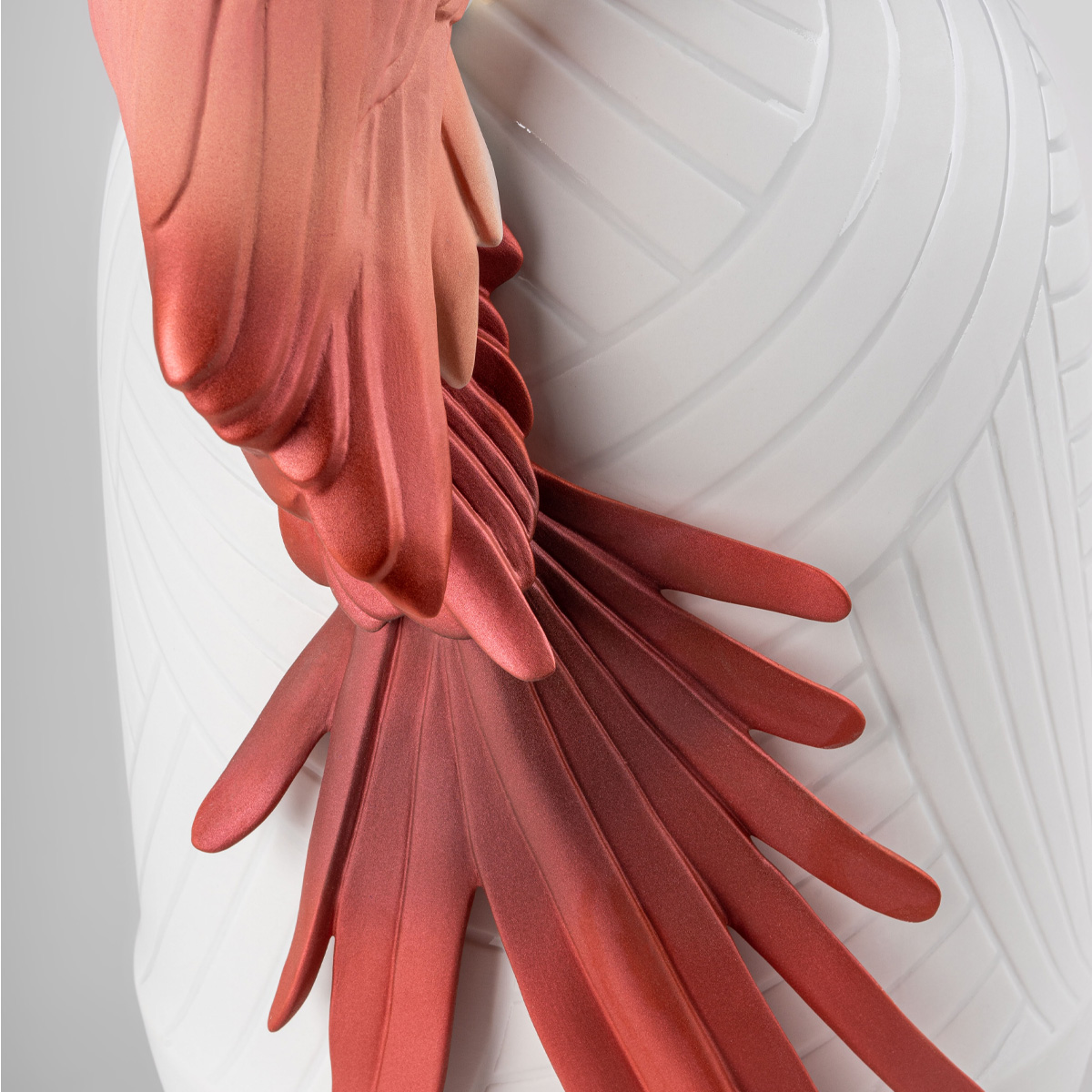 Macaws are one of the world’s most spectacular and beautiful birds, famous for the striking coloring of their feathers, which fill the tropical rain forests where they live with light and color.

This series of vases is expanded with this latest addition featuring a macaw with golden beak and claws. The precious treatment of the bird and the wealth of detail of its feathering are combined with the deliberately simple design of the vase itself using geometric lines. The decoration is noteworthy for the red color applied in degraded tones, the metallic grey and the deep blue of the bird’s head.

Macaw Vase is not just functional and decorative but is also an appeal to preserve these fantastic, colorful birds, an endangered species under threat of extinction. Let’s protect life with art. 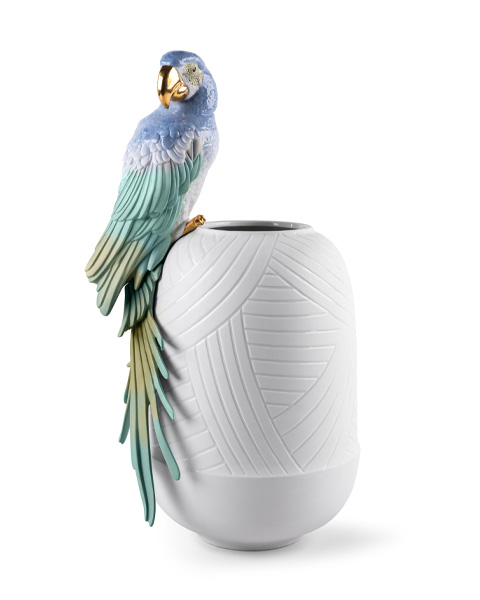 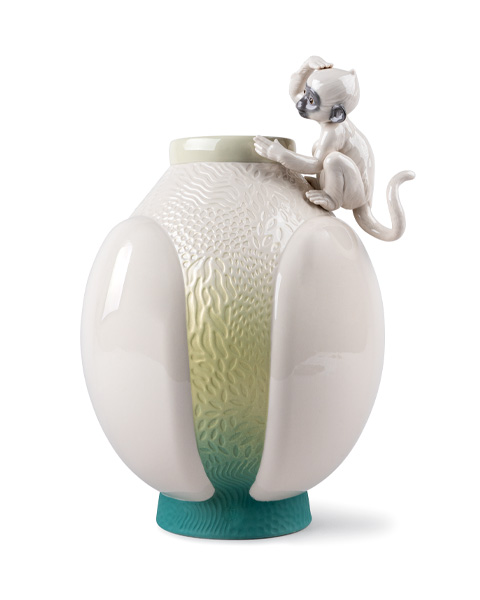 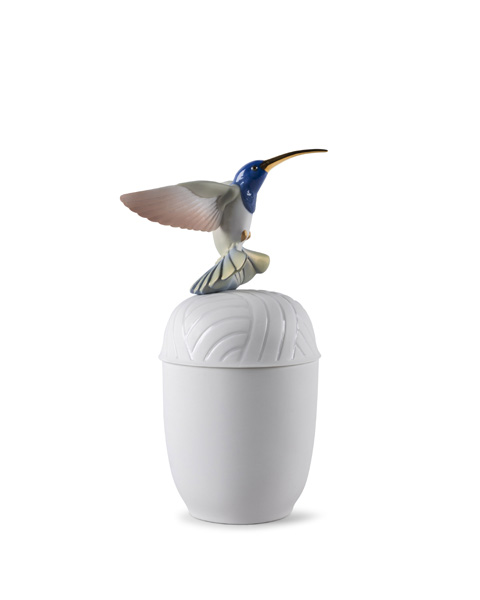 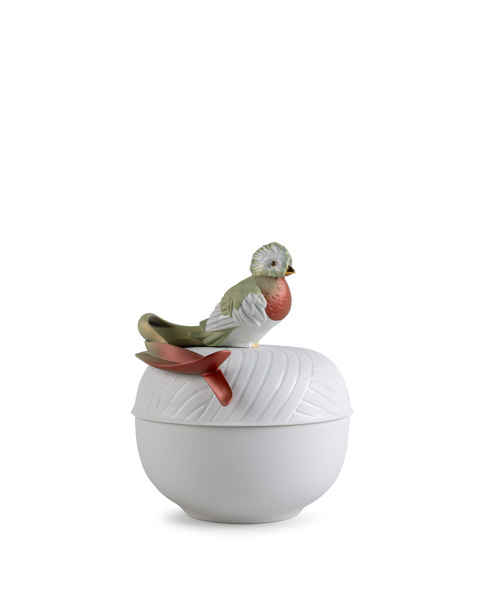 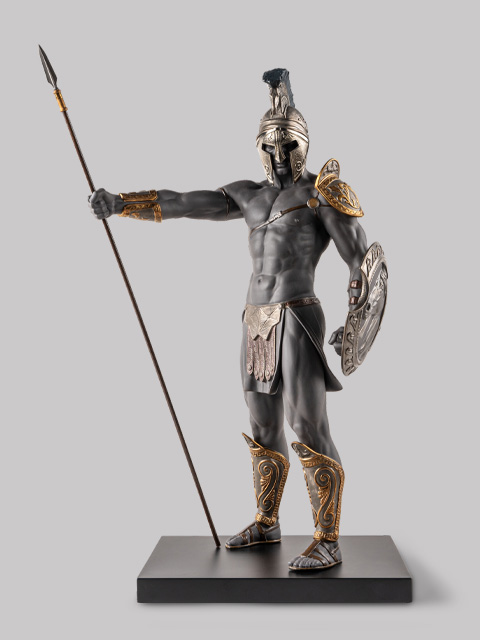 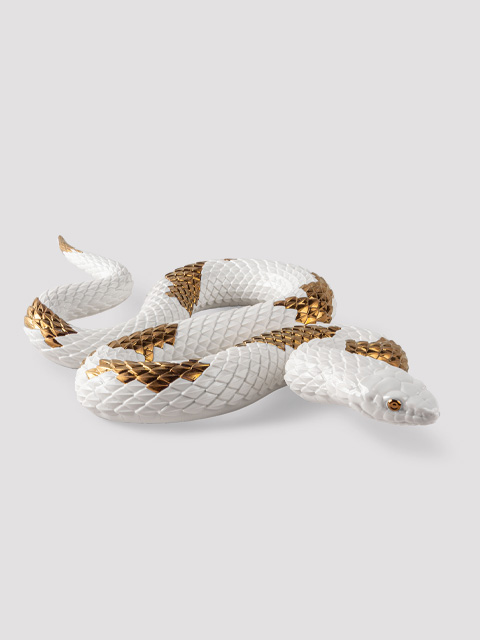 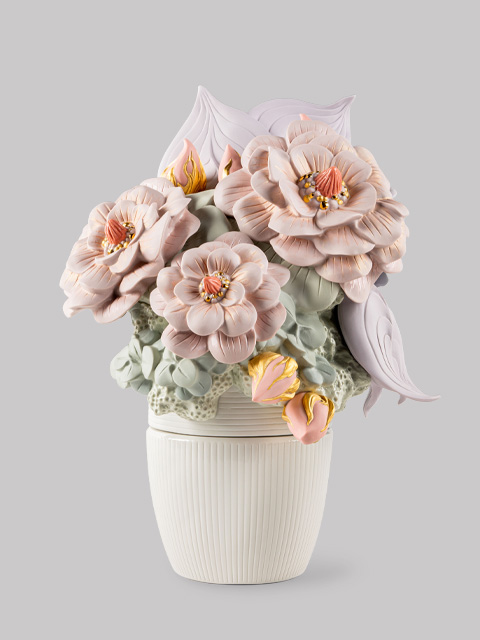 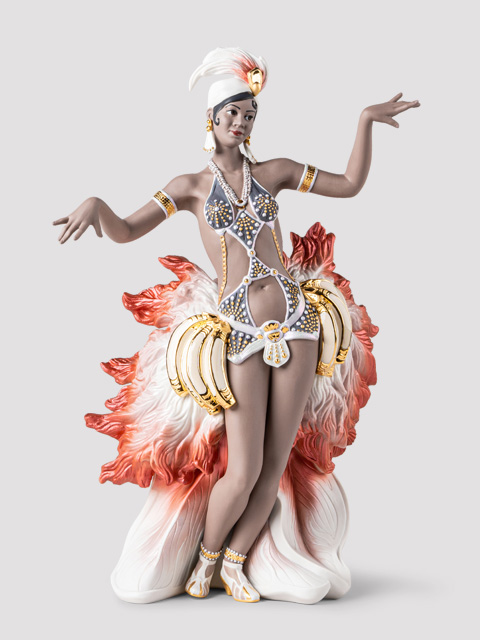 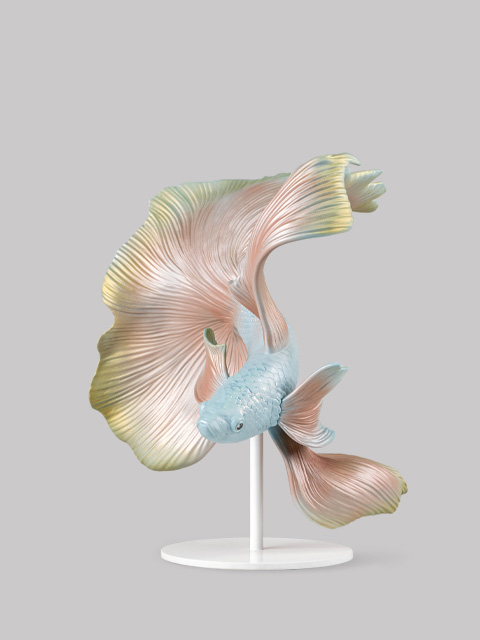 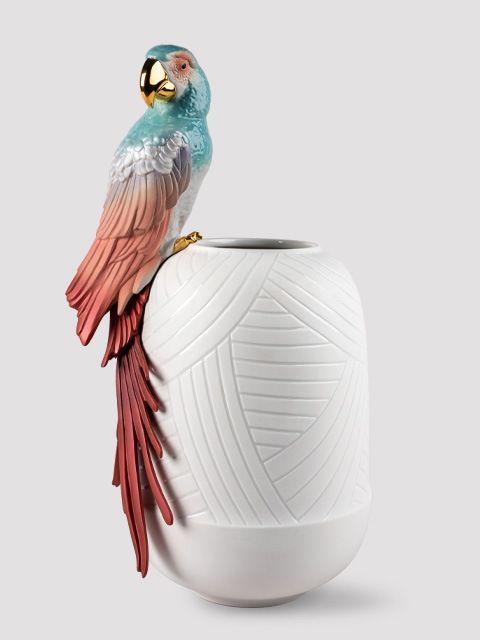 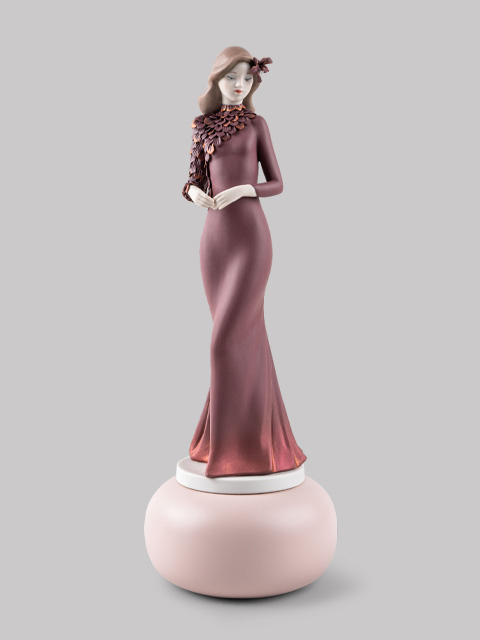 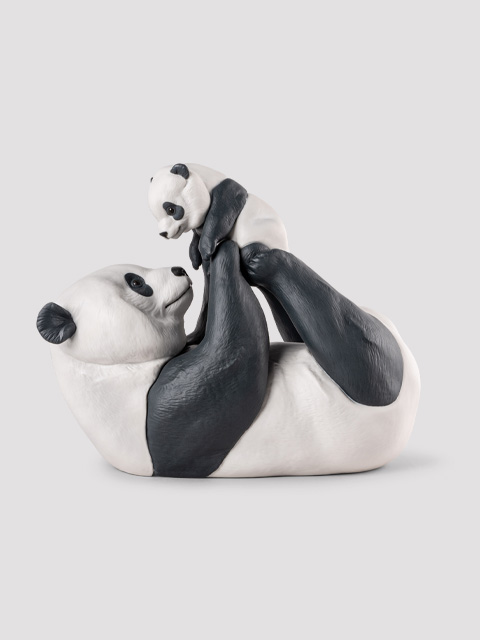 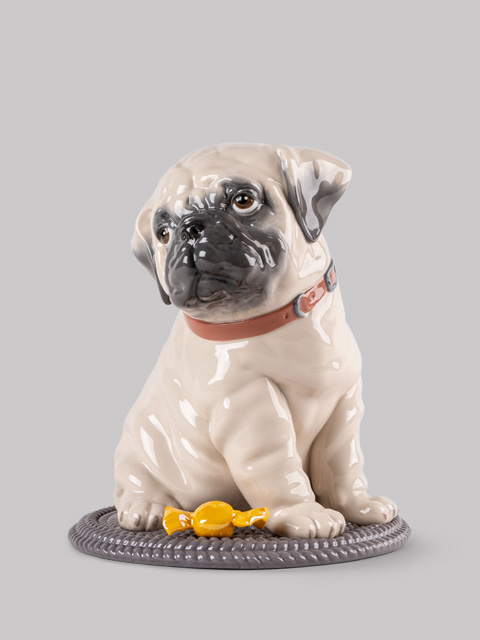 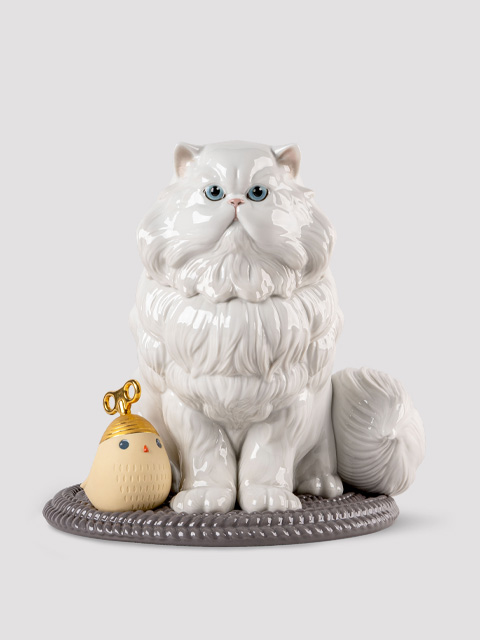 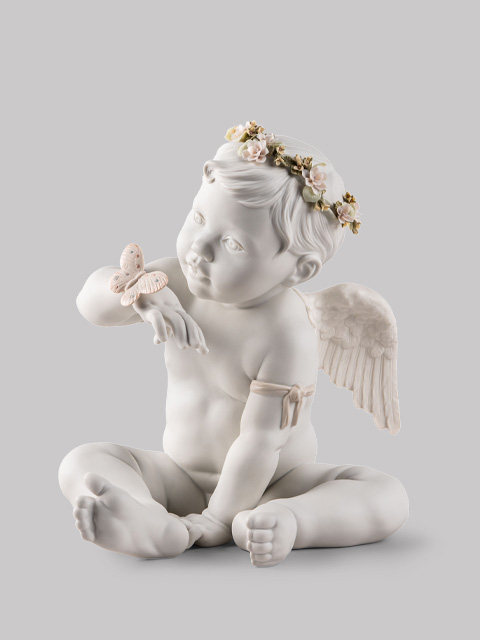 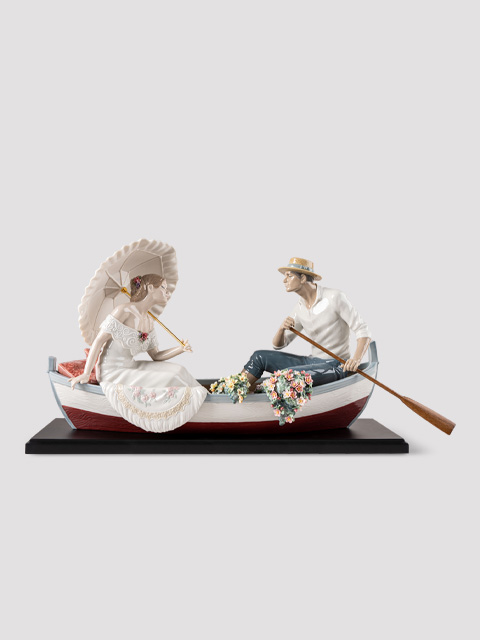 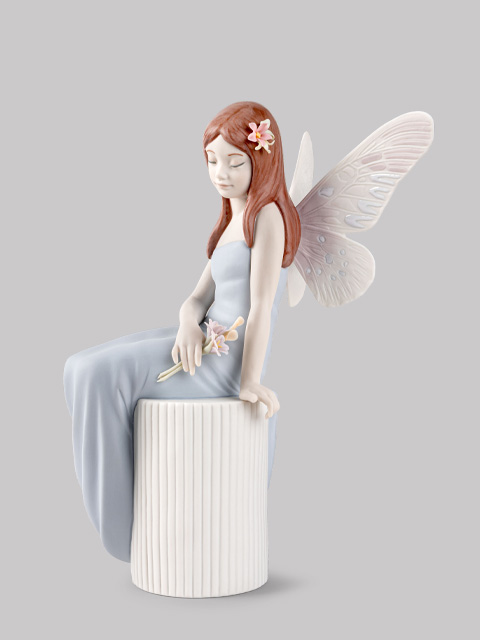 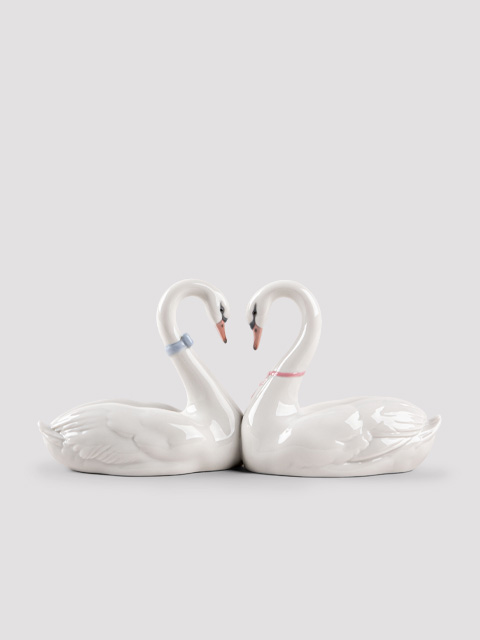 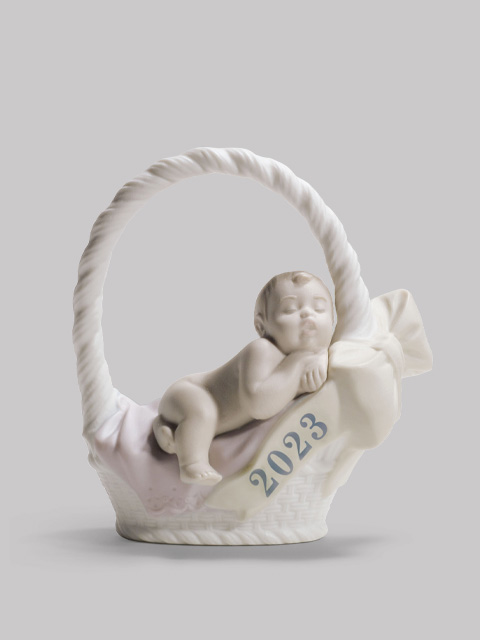